We are in the process of digitizing many of our collections and have decided to make some of them available to view and download online. Please check back often as we add to the online collection of digital resources.

This collection documents the political career of Charles “Charlie” Nesbitt Wilson (1933-2010). Known as Charlie to his friends and constituents, Wilson served in the United States Navy from 1956 to 1960 and in 1961 he was elected as a Texas State Representative. From 1966 to 1972 Wilson served in the Texas Senate, and then the U.S. House of Representatives from the Second Congressional District, from 1972 to 1996. The photographs in this collection range from his early days as a Texas State Senator and his meeting with his constituents in East Texas to his high profile visits to the Middle East when he was a United States Congressman. Also included are photographs of Wilson with Presidents Ronald Reagan, George H.W. Bush, Bill Clinton, and other dignitaries. At a local level “Charlie” is best remembered for his establishment of the Big Thicket Preserve, and his close attention to issues with Social Security and Veterans Administration benefits. On a national level he is remembered for securing funding and arms for the Afghan Mujahideen freedom fighters in their fight against the Soviet Union during the 1980s. 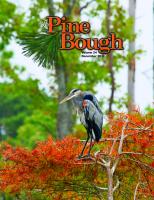